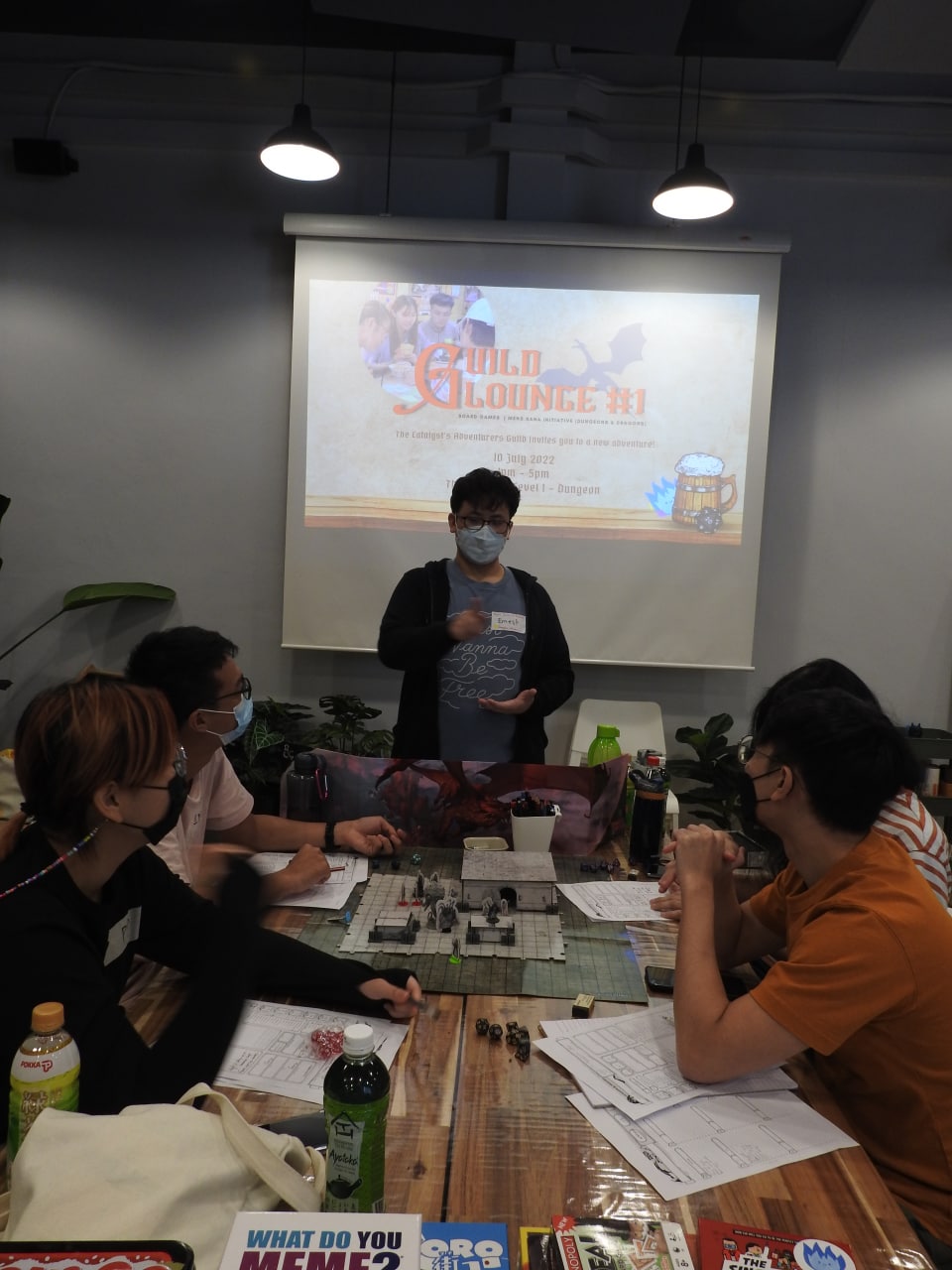 Ernest Ng (centre) narrating the setting of the game for his players.

Recently-graduated NUS Psychology alumnus Ernest Ng has launched a collaboration between his own tabletop roleplaying game Dungeons and Dragons (D&D) community project and the Catalyst Collective’s community board game programme, with the aid of numerous fellow NUS students and alumni. The inaugural session on 10 July took relatively new players—many of whom had never played before—through their first adventure. Their task? To covertly identify and rescue a victim afflicted by a plague targeting her mind and manifesting symptoms eerily similar to those of severe depression.

This was not a task easily solvable by the brute application of swords and sorcery, but instead requiring tact in approaching a situation, keen observation in assessing symptoms, and a sharp mind to pick up on clues. Over roughly three hours, two tables of four players each tackled this challenge, both teams narrowly accomplishing their missions against the odds. 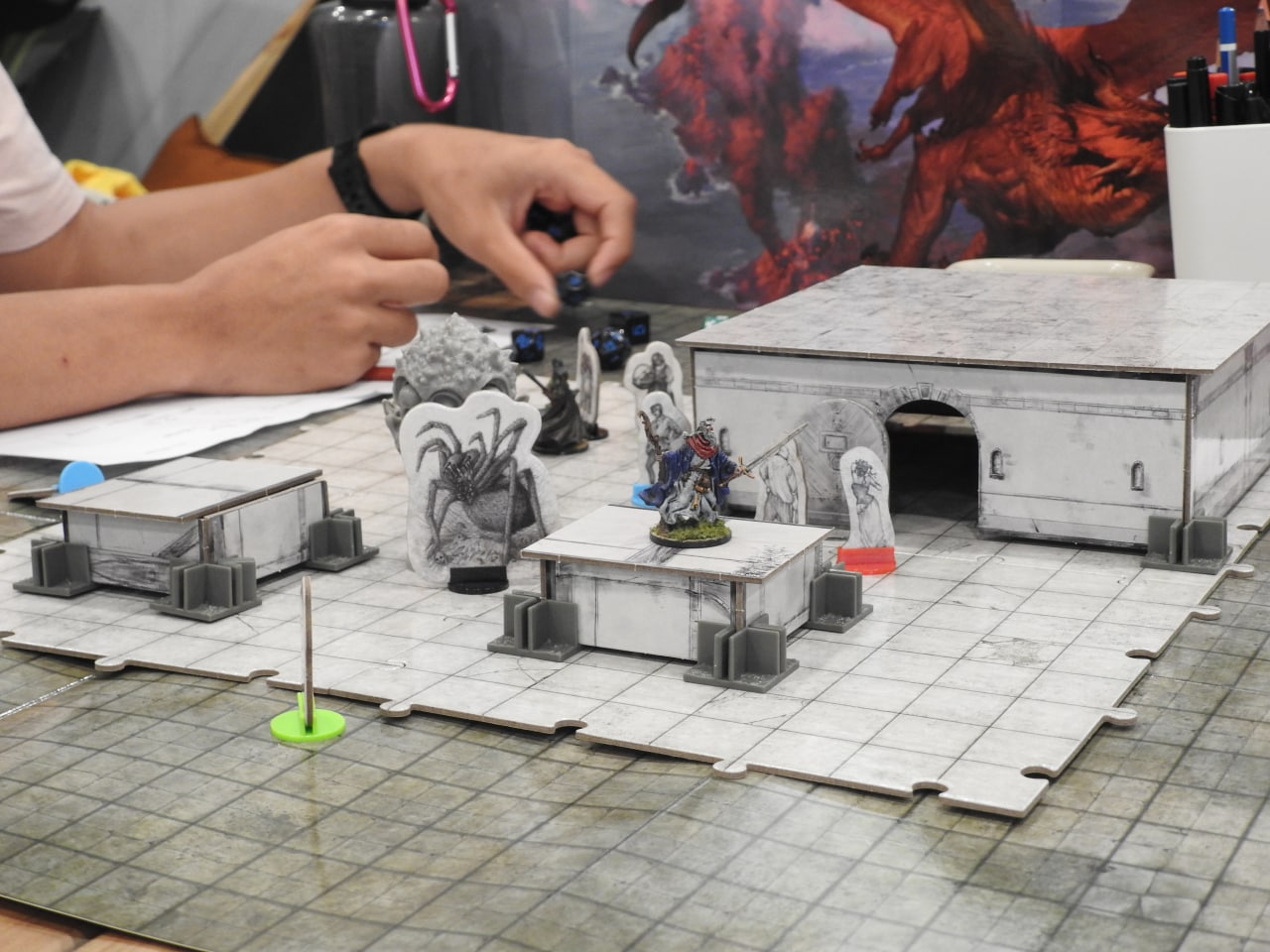 D&D can be played in the imagination, on online servers, or on boards and with figurines like these.

The Mens Sana Initiative (MSI), a mental health project led and driven by NUS students, was launched in conjunction with the Guild Lounge, a community-building board game initiative organised by The Catalyst Collective, MSI’s partner organisation. The purpose of this initiative was to give participants a chance to relax, have fun, and form communities through an afternoon of board games in a cosy lounge. At the centre of the lounge, Ernest and his team conducted two concurrent D&D sessions as the pilot of the MSI. 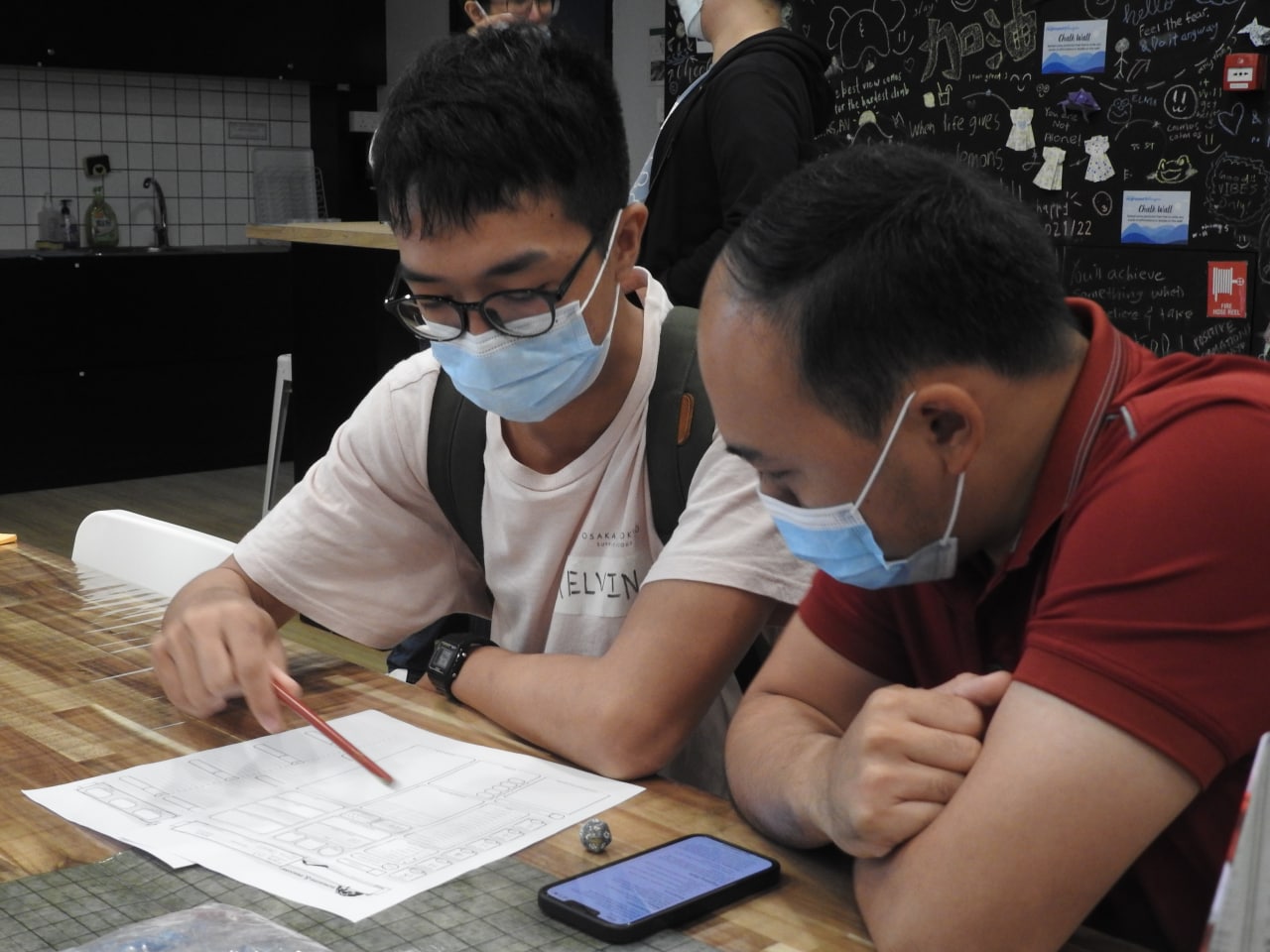 NUS students comprise the Game Masters and story writers for this project: bespectacled Ernest Ng; a husky Microbiology graduate nicknamed “Square”; and introspective Chemical Engineering student-turned-programmer Chua Chee Han. Together with their team of assistants, they worked together to bring the MSI to life, being representatives of Ernest’s brainchild; a D&D community project bringing NUS undergraduates together with youth from all over Singapore. NUS’s own D&D community, ever-growing and eager to play during the holidays, were able to lend their support for MSI through volunteer helpers.

“The event overall was fun,” recalls first-time participant Elliot. “I went with a friend, but I still met quite a few new people and they all seemed really stoked to be playing. I have watched a lot of D&D before so I went in with a general idea of how the game would work. Creating characters was great, though it would probably have been better if I had prepared ahead of time.” Elliot admits that the game had some hiccups, but remains very satisfied with the event. “Overall, though, I really enjoyed the session and the whole experience of playing the game.”

As the MSI is largely driven and led by NUS students thus far, Ernest and his organising group, known as the Circle of Salt, plan to continue holding MSI in conjunction with the Catalyst Collective’s Guild Lounge during the school holidays. Volunteer Game Masters and assistants will be assigned and deployed based on demand and availability.

The MSI may still be in its infancy, yet its organisers hope to expand to larger events, building a stronger D&D community as well as assisting the Catalyst Collective in fostering community networks and awareness for mental health. For more details on upcoming events organised by the Catalyst Collective, one can follow their social media account and look out for future Guild Lounge events, where the MSI eagerly awaits new and returning adventurers. 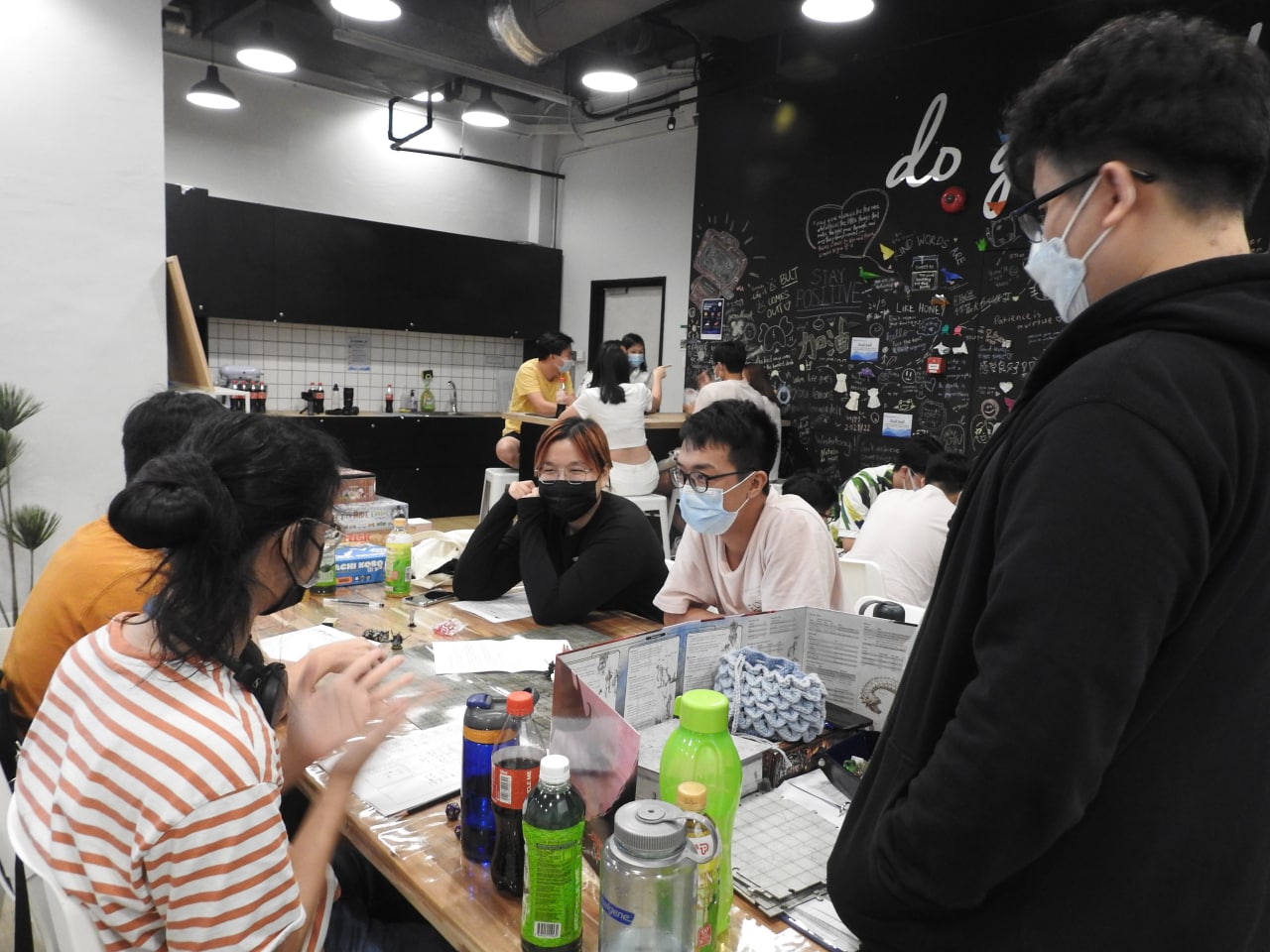 There are times in the game you can slay a troll with a single lucky hit, and other times you struggle to open a wooden door. Everything else falls somewhere in between.


NUSSU The Ridge is the largest student-run publication in NUS. Find out more.